How the War in Ukraine Impacts Inflation and Interest Rates

How the War in Ukraine Impacts Inflation and Interest Rates 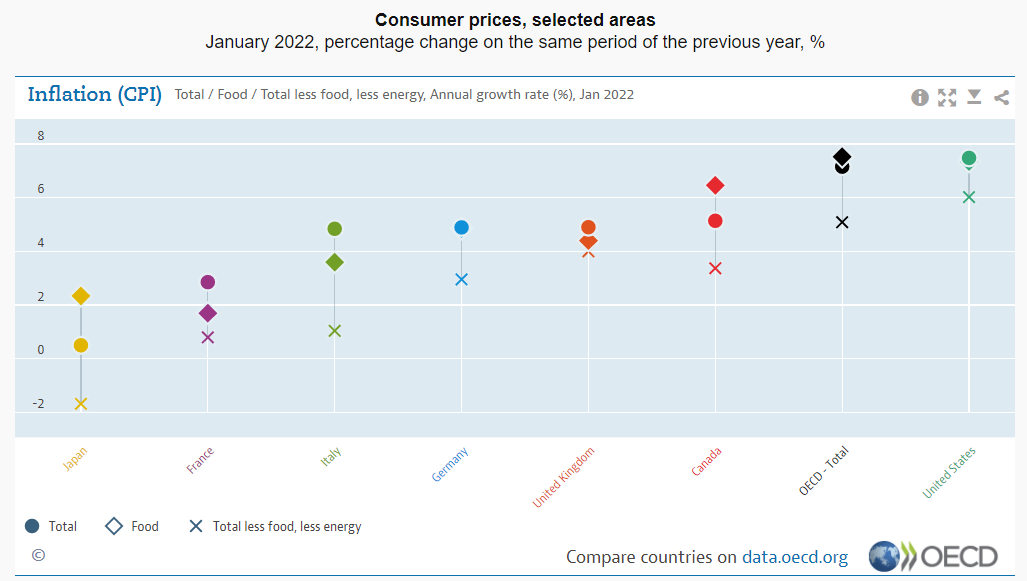 Inflation and the war in Ukraine are all over the news lately. These are both serious global issues that we should all be concerned with because whether you know it or not, it is affecting your life. But how?

According to an article by NPR and reports from the Organisation for Economic Co-operation and Development, inflation in the US during the month of January increased to 7.5%, which is the highest it has been since 1982. The war in Ukraine, along with the economic sanctions the world has placed on Russia, will have impacts on the US and global economies. Experts predict an ongoing war could increase both the rate and duration of inflation.

CPI data shows energy and food prices are increasing around the world, which is driving inflation. Higher energy prices have a negative effect on every industry because it now costs more to produce and transport products. Crude oil prices peaked at $130.50 per barrel on Sunday March 6th, which is the highest price since July 2008. February CPI data will be released later this week and oil prices have contributed to economists estimating a 7.9% year-over-year inflation rate, which will be the highest in 40 years.

The US Federal Reserve Chairman, Jerome Powell, has recently announced his plan with congress to systematically increase interest rate by .25% starting next week after the Federal Open Market Committee meeting on March 15-16. This will be the first interest rate hike among multiple increases scheduled to occur throughout the year of 2022, and most likely into 2023.

Fed Chairman Powell has previously said the plan is to increase rates by .25% after every other FOMC meeting starting in March, with the other hikes most likely occurring in June, September, and December. Some Wall Street analysts believe inflation concerns could force the Federal Reserve to speed up their efforts to combat it by increasing interest rates by .5% versus .25%, and/or increase rates more than four times in 2022, with some believing there will be up to 7 to 9 scheduled rate hikes.

These rate hikes will increase mortgage and home loan rates, which means it really is better to purchase or refinance NOW! As rates increase, the amount that can be borrowed from lenders decreases, while the monthly payments will increase, and a higher percentage of the payment is then going towards interest instead of the principal amount. Talk with a home loan expert to see how you can take advantage of low mortgage rates to purchase or refinance your home before interest rates rise even higher.